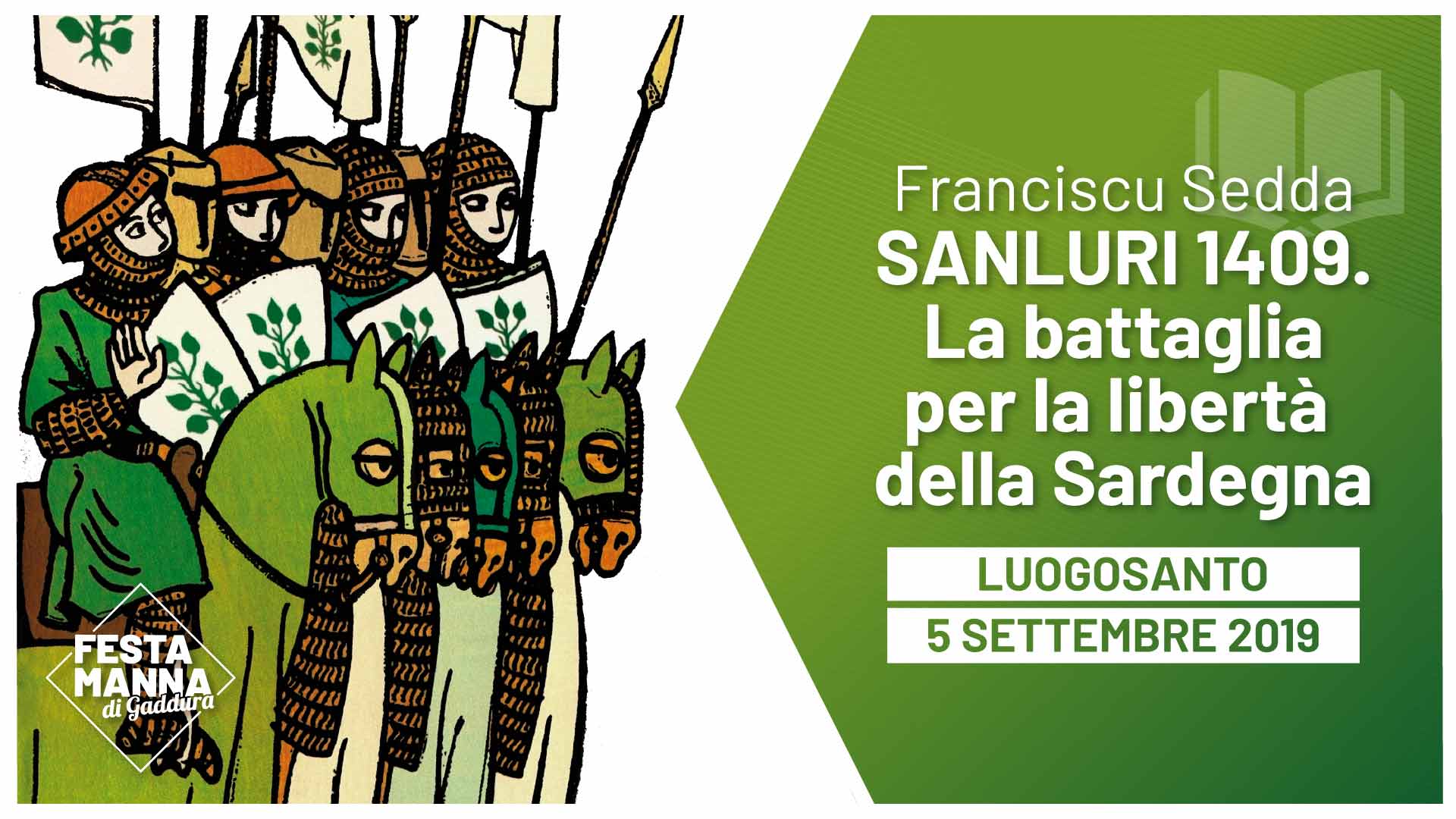 Sanluri 1409. The battle for the freedom of Sardinia, presentation of the book by Franciscu Sedda.

The Municipal Library of Luogosanto presents a work of fresh publication and of great importance for the historical and anthropological reflection of the Sardinian people, with the intervention of two of the authors, Franciscu Sedda and Graziano Fois, and the participation of the students of the School of Archeology and Community of the University of Cagliari.

On 30 June 1409 two armies confront each other in the Sanluri countryside, not far from Cagliari. On the one hand that of one of the great Mediterranean powers of the time, the Crown of Aragon, on the other the army of the Sardinian people, of the Sardinian nació, who had the audacity to take over almost entirely the so-called "Kingdom of Sardinia ". After a long oblivion, six hundred years later, that battle has become a symbol of the freedom sought and lost by the Sardinians. But was it really a decisive battle? How did it happen? Who were its protagonists? Were they up to the roles and the moment? And again, what ideological and political context is the background to sa Battalla? What led the Sardinian nation to recognize itself and to be recognized as such, even through the green tree on its white background? What made her weak at the moment of the battle? Was it really the "exterminio" celebrated by the Catalan-Aragonese to bring into crisis the structures of the kingdom of Arborea, the leading institution of the sardischa republicha? And what was the echo of that event that is still obscure to many today? The essays collected in the book help to give some answers to these questions.

The publisher and the authors

The event is wanted and organized by the Municipal Library of Luogosanto and by the School of Archeology and Community of the University of Cagliari, with the collaboration of Mediterranea Adventure and the financing of the Municipality of Luogosanto and of the Tourism Department of the Autonomous Region of Sardinia. The Bardamù Library in Tempio Pausania will set up a banquet where it will be possible to buy a copy of the book. An aperitif with Sardinian wines and foods will be followed by La Bottega dei Sapori. For further information: [email protected], Facebook: @LuogosantoTouristOffice, +39.079.60.18.959