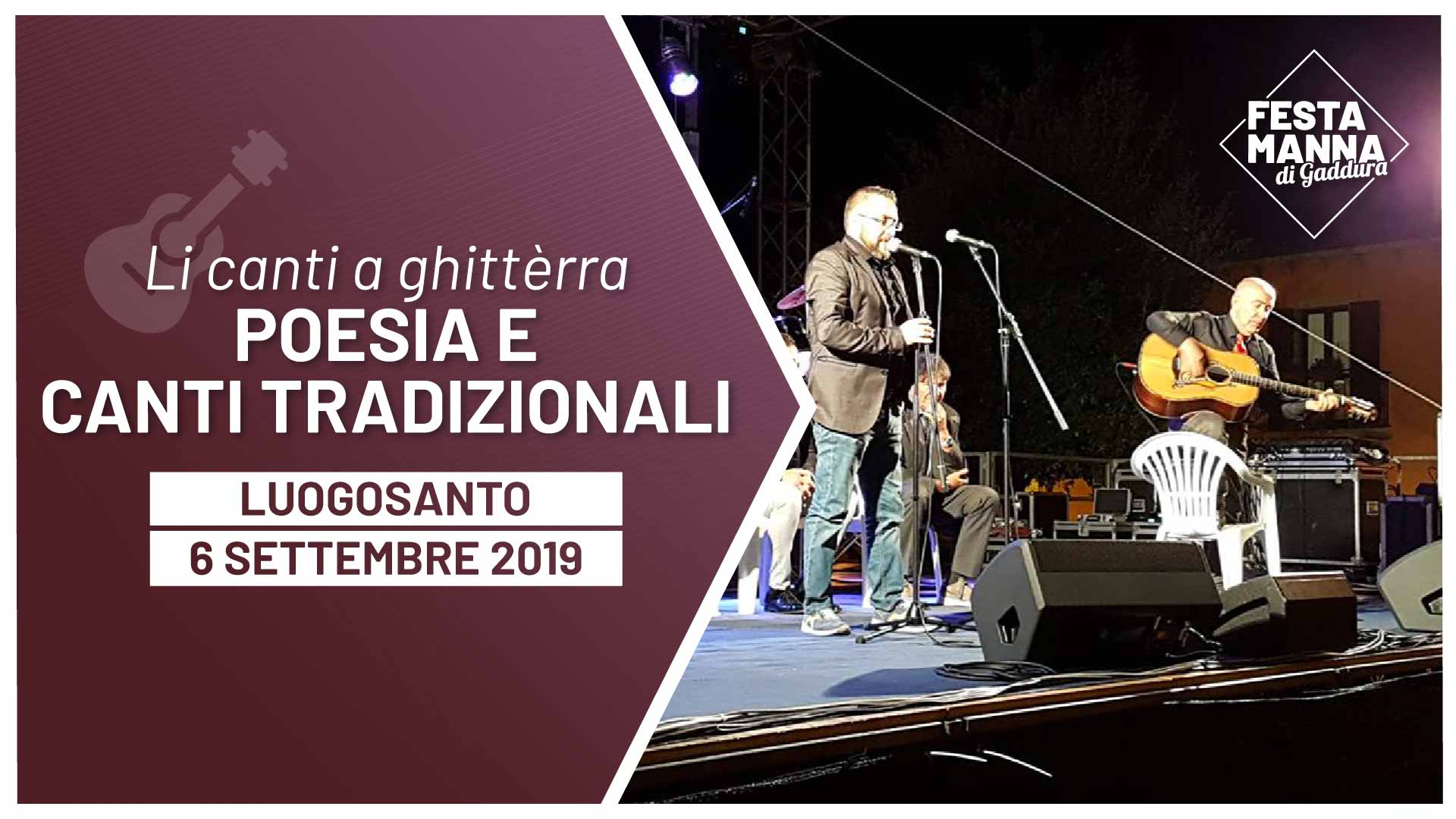 The first lights on the Piazza Incoronazione stage are lit up for the evening dedicated to Sardinian music, which begins with the traditional Gallurese songs interpreted by Gianni Denanni, Marco Manca and Franco Figos, accompanied by the baritone guitar of Nino Manca and the accordion of Davide Caddeo.

Eve is traditionally the first major concert of the Fèsta Manna in Gaddura and certainly the one with the longest tradition. The songs in ghittèrra are in fact the traditional Gallurese songs composed by the popular poets of the XVIII-XIX century or by the cantadóri of the early twentieth century like the famous Francesco "Cicchéddu" Mannoni di Luogosanto.

From 9.00 pm, on the stage of Lu Rotaréddu (Piazza Incoronazione), three great Sardinian singers, Gianni Denanni, Marco Manca and Franco Figos will take turns and duet, accompanied by the virtuoso Nino Manca on the Sardinian baritone guitar and by the brilliant accordion by Davide Caddeo.

The show is wanted, organized and financed by the Committee "Festa Manna 2019 Fidali 1975" with the sponsorship of the Municipality of Luogosanto and of the Department of Tourism of the Autonomous Region of Sardinia. Free admission. Booking not necessary. About 200 seats. For further information contact the Committee on Facebook @reginadigallura or at the number 3461399368.