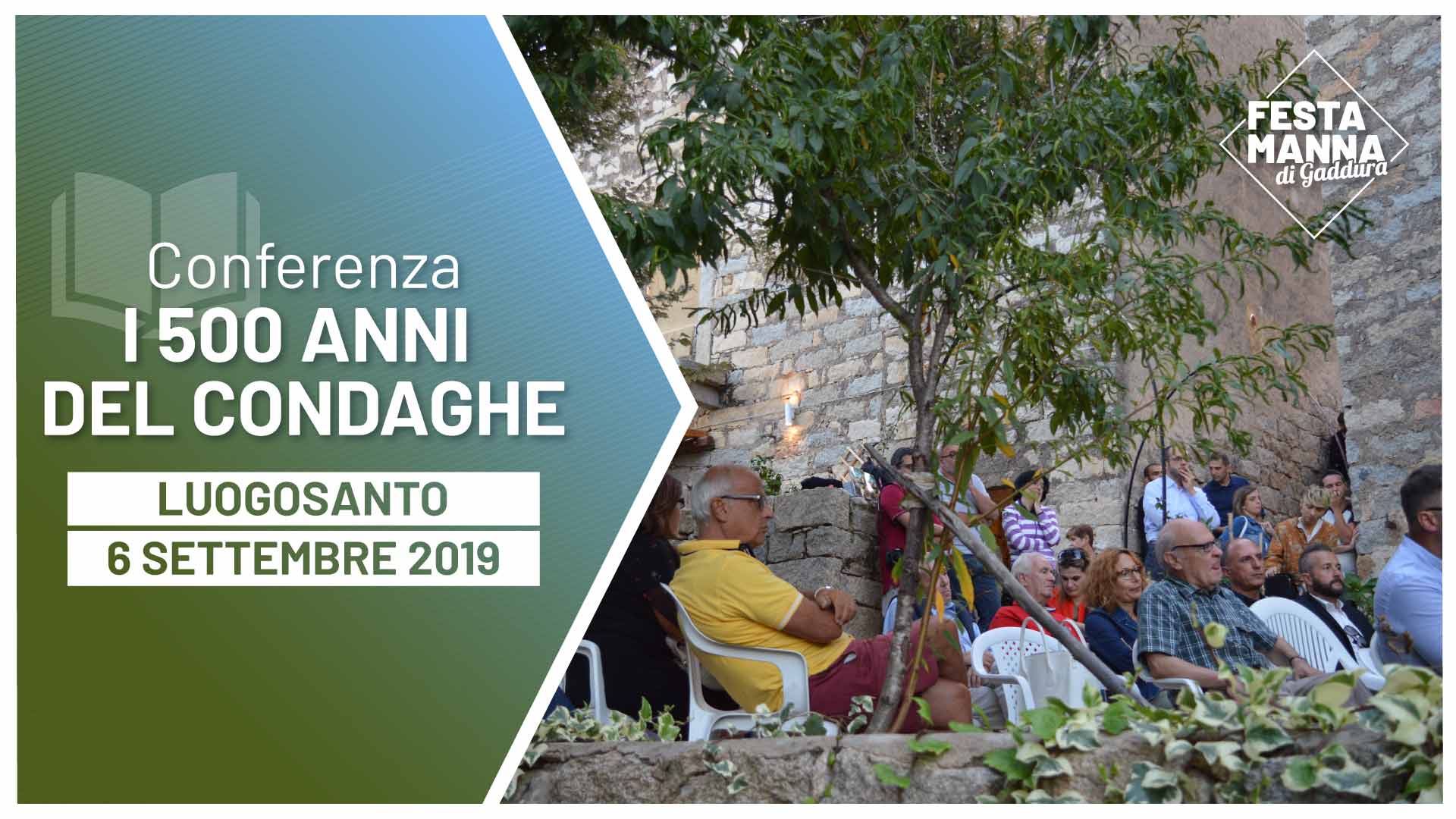 The scholars Graziano Fois, Mauro Maxia and Fabio Pinna will give a short lecture to spread the knowledge of the so-called "Condaghe di Luogosanto", an important document written in 1519 by Bishop Ludovico Gonzalez where the religious history of the foundation of sanctuaries of Luogosanto and indulgences are established.

“The sanctuary of the Virgin in Luogosanto, assumed as an emblem and symbol of the religious identity of Gallura, has constituted since its foundation a point of reference and a privileged destination of pilgrimage for the population of the region.

The visibility of the sacred, witnessed by the ancient statue of the Virgin, was, in the variety of manifestations that over time have accompanied religious sensibility, the most alive and significant element of a continuous pilgrimage, which brought Luogosanto to assume the role of "sanctuary city". The recent discovery of the condaghe, the ancient Sardinian Logudorese document relating to the basilica, considered lost until today, constitutes a cultural event, to which the Municipality cannot remain a stranger."

(extract from the essay by Graziano Fois from the volume The condaghe of Luogosanto) "The document is formally a very frequent act in the documentary production of the bishops' chancelleries, but at the same time it is singular because it is attached the fragment of another older text or the reworking of several previous texts. Gonzalez had a patent letter drafted to announce to all the archbishops and their suffragans on the island, to the faithful and to all the clergy of the rediscovery of the origins of the foundation of the churches of Santa Maria di Luogosanto, San Nicola and San Trano."

Graziano Fois graduated in Medieval History at the University of Cagliari, an independent researcher in Historical Anthropology; after discovering the oldest manuscript of the "Condaghe di Luogosanto", he carried out the philological analysis, published by Taphros in the homonymous volume of 2009.

Mauro Maxia is a linguistics and onomastic scholar, specialized in Sardinian-Corsican linguistic varieties, contract professor of Lingua Lingua in the Faculty of Letters of the University of Sassari; and coauthor of the volume Il condaghe di Luogosanto (Taphros, 2009), in which he oversaw the linguistic analysis of the document.

Fabio Pinna is a researcher in Christian and medieval archeology at the University of Cagliari and director of the School of Archeology and Community, which for several years has been carrying out excavation, research and dissemination activities at the Baldu Palace in Luogosanto.

The conference is wanted and organized by the Municipal Library, the Municipal Tourist Office and the School of Archeology and Community of the University of Cagliari, with funding from the Municipality of Luogosanto and the Department of Tourism of the Autonomous Region of Sardinia. For information: [email protected], Facebook: @LuogosantoTouristOffice, +39.079.60.18.959