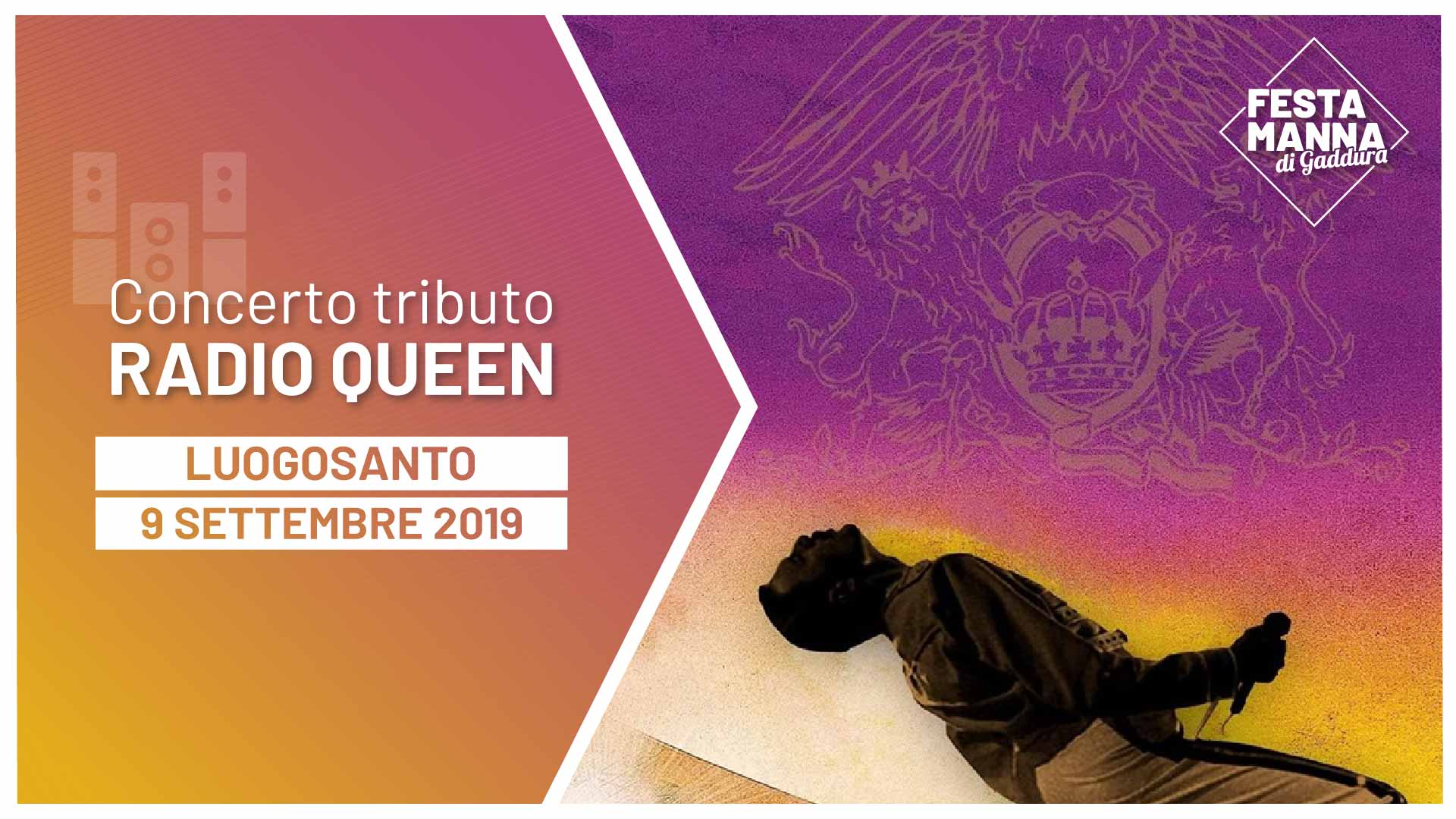 The Feast of Santu Gjasèppa and the three central days of the Fèsta Manna in Gaddura end with dignity with another evening dedicated to good music: the Radio Queen cover band will make its tribute to the legendary English rock band inviting the square to sing together at the top of its lungs!

“The unmistakable sound and glam style of Queen's British rock band did not go unnoticed in Sardinia: in fact, the tribute bands present on our island are different. Among these, the Radio Queen.

The group, composed of five boys, was born in 2011, but it officially shows itself to the public in 2012. The voice and mustache inspired by those that became the distinctive trait of Freddie Mercury are those of Daniele Cadelano, while those who mark the time é Tore Atzeni with the battery. Instead on the bass, the keyboard and the guitar we find Valerio Pisu, Antonio Cardia and Valentino Barella respectively.

"Our band" tells Tore Atzeni "was formed by five hardcore fans of Queen with the aim of sharing the common passion towards this group. The idea had existed for a long time, but we only started the group a few years ago, when we had clear ideas on how to pay tribute to the Queen ".

The strong passion for one of the most influential bands in the history of music, led the five musicians to believe that it was important to pay homage to it and remember it around Sardinia. The boys perform in fact in the squares and in the clubs of the whole island."

The concert is wanted, organized and financed by the Committee "Festa Manna 2019 Fidali 1975" with the sponsorship of the Municipality of Luogosanto. Free admission. Booking not necessary. For further information contact the Committee on Facebook @reginadigallura or at the number 3461399368.