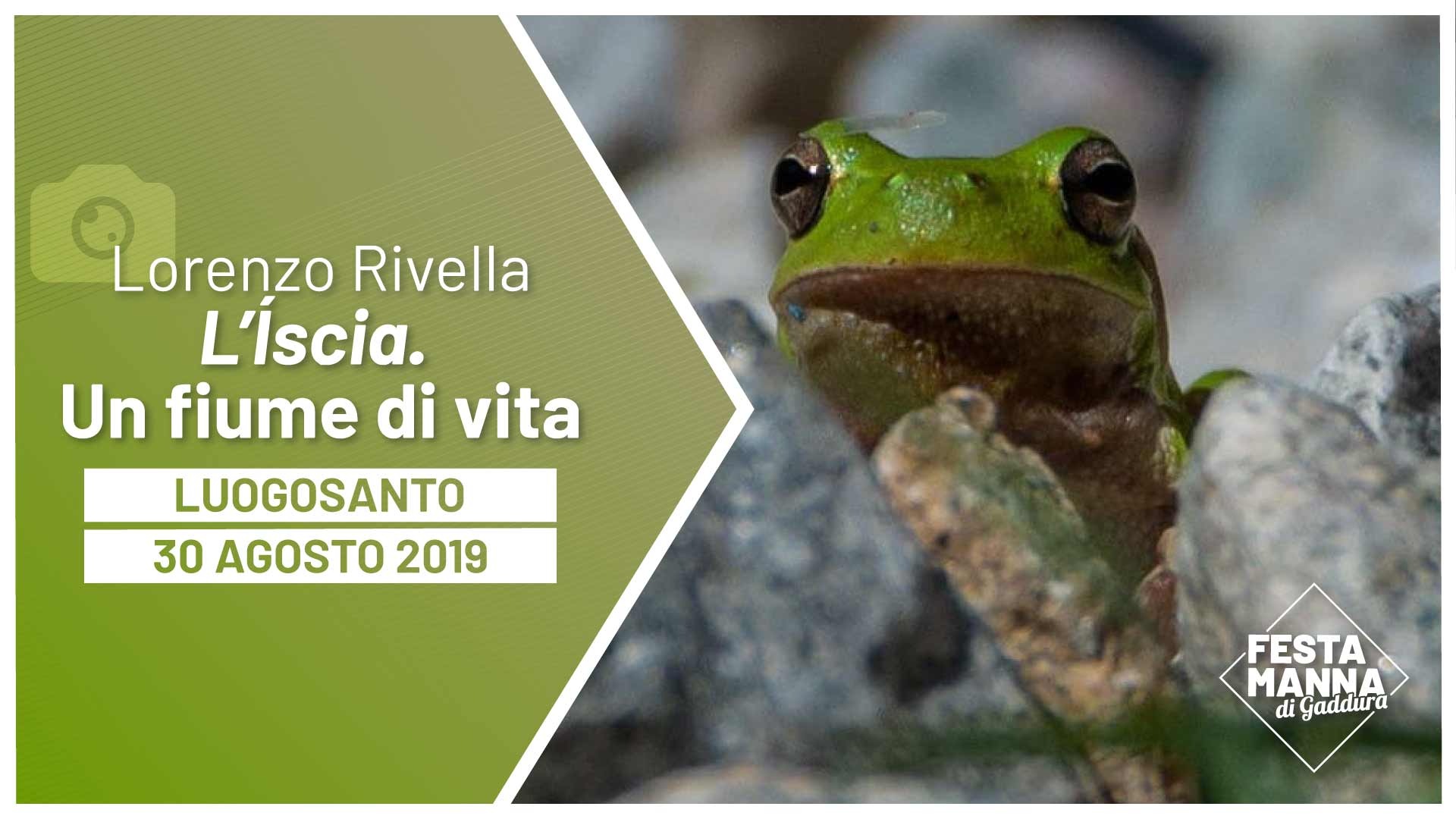 The Iscia. A river of life. Inauguration of the exhibition of photographer Lorenzo Rivella.

The Iscia. A river of life is the first exposition of the naturalistic photographs of Lorenzo Rivella that portray, in their rich biodiversity, the flora, the fauna, the landscapes of one of the rare wetlands of Gallura, that of the River of L'Iscia.

The exhibition can be visited in the hall of the town hall every day until September 15th from 9.30am to 7.30pm.

The River L'Íscia is born from Mount Limbara, the only real mountain in Gallura, it crosses the whole region from south to north, flowing in the territories of Tempio, Luras, SantʼAntonio, Luogosanto, Arzachena, Santa Teresa and Palau, to finally flow into a delta that opens in front of the Maddalena Archipelago.

After walking along its banks for decades, in love with the beauty of this river and the richness of its diverse ecosystems, six years ago I began to photograph its valley, its landscapes, its biodiversity.

The love for this waterway has led me to deepen my research by studying the photographic material I brought home every day and coming into contact with the people who live this place in everyday life.

So, spontaneously, the portrait of a generous river, of great naturalistic and landscape beauty, took shape, but also witness of ancient knowledge and values ​​of the people who lived and worked along its banks. An artery of water that brings life to plants, animals and human beings.

At the same time, the ever deeper awareness that lu Riu of Iscia had lost his voice grew in me. Once respected for its generosity and beauty, in recent decades, with the shift of the socio-economic center of gravity towards the coast, the river has been forgotten and mistreated.

The opportunity to exhibit in the prestigious context of the Manna Festival of Gaddura a selection of the snapshots of the emotions that I experienced along this valley is a great opportunity for me to give a new voice to the generous river, so that it can return to talk about itself to everyone the Gallurese and invite them to draw closer to its shores and recognize themselves in the reflection of its waters.

The exhibition is wanted and organized by the Municipal Tourist Office and the amateur sports association Gli Amici di Peppe, financed by the Municipality of Luogosanto and by the Tourism Department of the Autonomous Region of Sardinia. Free admission. For guided tours and other information: [email protected], Facebook: @LuogosantoTouristOffice, +39.079.60.18.959