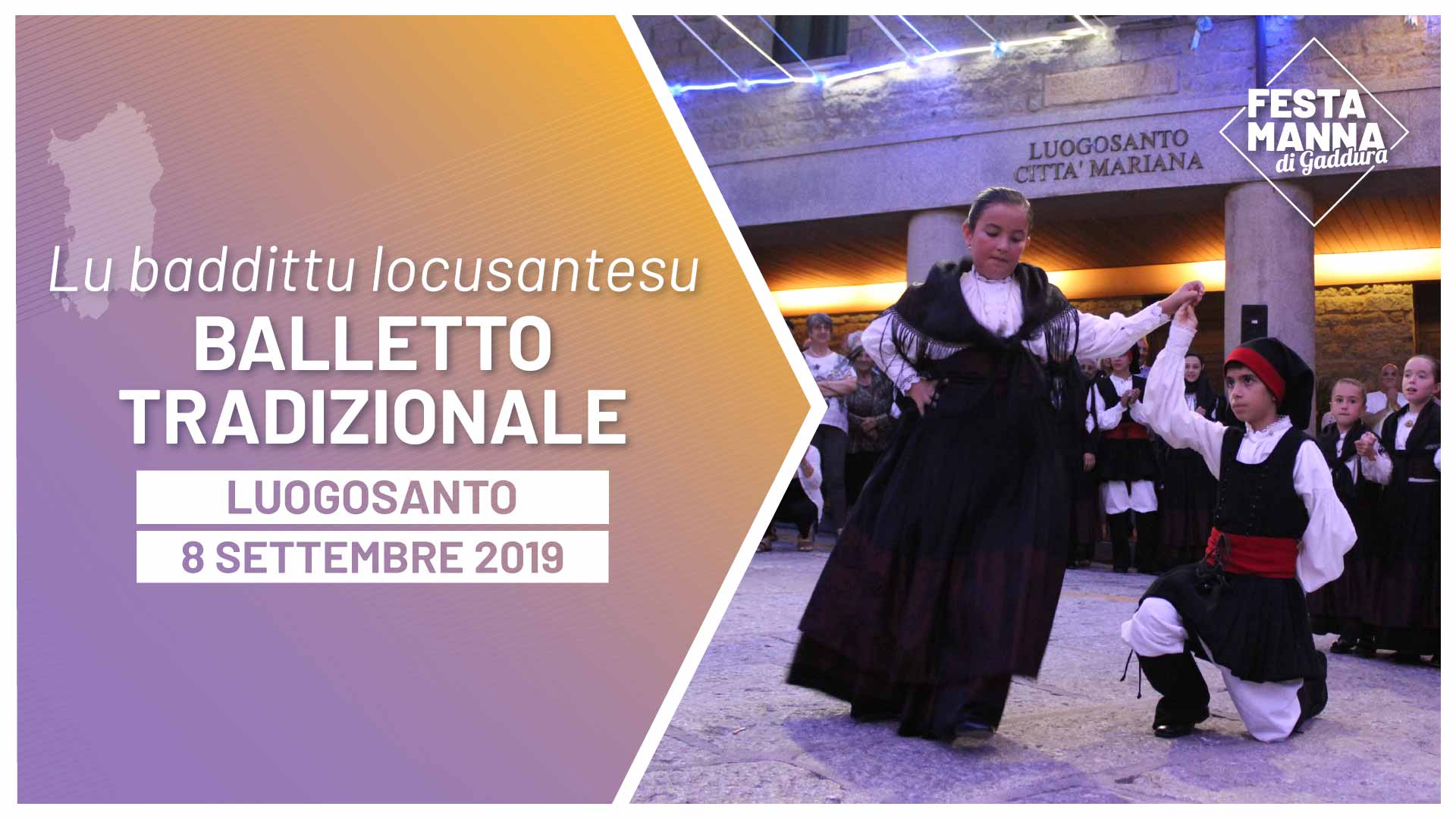 Lu baddittu locusantesu, traditional ballet by the Civitas Mariana folk group of Luogosanto, with the extraordinary participation of the folk Group of Lotzorai.

At 6.00 pm in Piazza della Basilica the folk group "Civitas Mariana" of Luogosanto, in traditional dress, directed by the choreographer Alessandro Secchi and accompanied by accordionist Andrea Marongiu, performs in the square of the Basilica dancing the dances of the Sardinian and Gallura tradition in particular; special guests the dancers of the cultural association "Popular Traditions" of Lotzorai (Ogliastra) with the accompaniment of the accordion of Carlo Tuligi.

The folk group "Civitas Mariana" of Luogosanto was officially opened on June 2, 2012 in the Basilica of Our Lady of Locusantu. The name "Civitas Mariana" was chosen by the association to remember the appointment of Luogosanto "Città Mariana", which took place on 12 September 2008 by the bishop of the Diocese Tempio Ampurias, which represented a great religious event for the history of the Gallurese church and the community of faithful of Luogosanto.

Its mission is to rediscover and pass on the ancient traditions of Luogosanto, the traditional dress and the ancient folk dances.

The historical research conducted by the association of the same name showed that people danced especially on New Year's Eve, Carnival and on the occasion of the many religious festivals in the rural churches of Luogosanto. The dance never failed on these important occasions of meditation and fun. One of his most important functions was then to encourage courtship among young people. The dances were accompanied by a tàsgia song and / or by the most widespread musical instruments: the Sardinian guitar or the organetto.

The show is wanted and organized by the Municipal Tourist Office and the amateur sports association "Civitas Mariana Danza", with the financing of the Municipality of Luogosanto and of the Tourism Department of the Autonomous Region of Sardinia. For further information: [email protected], Facebook: @LuogosantoTouristOffice, +39.079.60.18.959