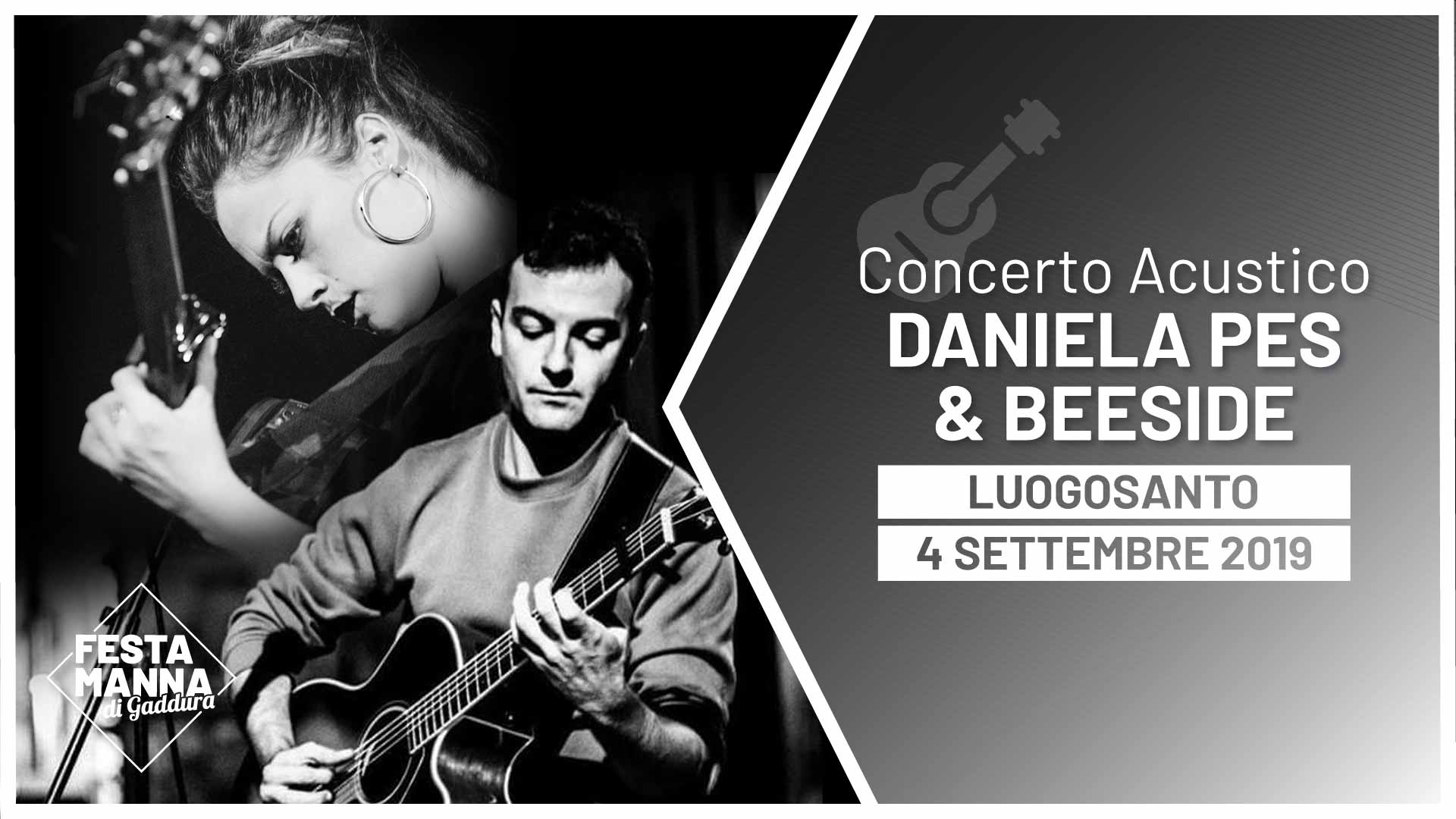 In an acoustic and minimal duet, in the intimate space of the country church of Santo Stefano, Daniela Pes & Beeside (aka Federico Pazzona) will sing and play Italian and international pieces arranged and interpreted with particular originality and intensity.

In this magical and unrepeatable evening, Daniela Pes & Beeside will offer a collection of emotionally intense and overwhelming songs that have carefully marked the musical journey of both in both style and content, radically reworking them in a unique, iridescent and personal live performance. Embracing a totally immersive approach to music, the two artists will accompany you by hand, step by step, through a landscape of sounds, words and beats that you will not easily forget.

Daniela Pes, born in 1992, is a singer and composer. In 2015 he won the scholarship to form the group of the best students of Nuoro Jazz, allowing her to perform at Time in Jazz and at the Harp Festival in Rio de Janeiro in May 2016. In the same year she obtained a degree with the highest marks at triennium of Jazz Singing of the "Luigi Canepa" Conservatory of Sassari.

In 2017 he participates in the "Andrea Parodi" Award, winning the absolute prize, the critics' prize, the international jury's prize, the prize for the best music and the one for the best arrangement. In 2018 he participates in the Musicultura competition, winning the prize for best music and the "Newimaie" award. Also in 2018 he won the Premio dei Premi at the Mei Fest in Faenza, a prize dedicated to all the winners of Italian prizes. She is currently engaged in the production of her first album.

The singer-songwriter project Beeside (the pseudonym of the Sardinian musician Federico Pazzona) fuses together sounds linked to British folk music, traditional Sardinian music, layers of post-rock and slo-core language. The color palette is meager, essential, based essentially on a voice, a finger-picking guitar, a few occasional other instruments and an intense research on the sound of words. The debut album Mood Spirals (Seahorse / Red Birds) was born in 2012 and contains twelve tracks, written between 2009 and 2011, varied and without a fixed theme. In the second album, Lullabies of Love and Hate (Officine Musicali Sassari, 2016), the grammar of the compositions uses a richer but at the same time more raw and "wild" language, an almost live record in which the style of the songs, this time held together by a common thread, and the intention of the texts take a well-defined direction. A third work is currently in progress.

The concert is wanted and organized by the Municipal Tourist Office and the Municipal Library, and is financed by the Municipality of Luogosanto and the Department of Tourism of the Autonomous Region of Sardinia. Free admission. Booking not necessary. 90 seats. Access from the SP 14 Luogosanto-Arzachena. For further information: [email protected], Facebook: @LuogosantoTouristOffice, +39.079.60.18.959