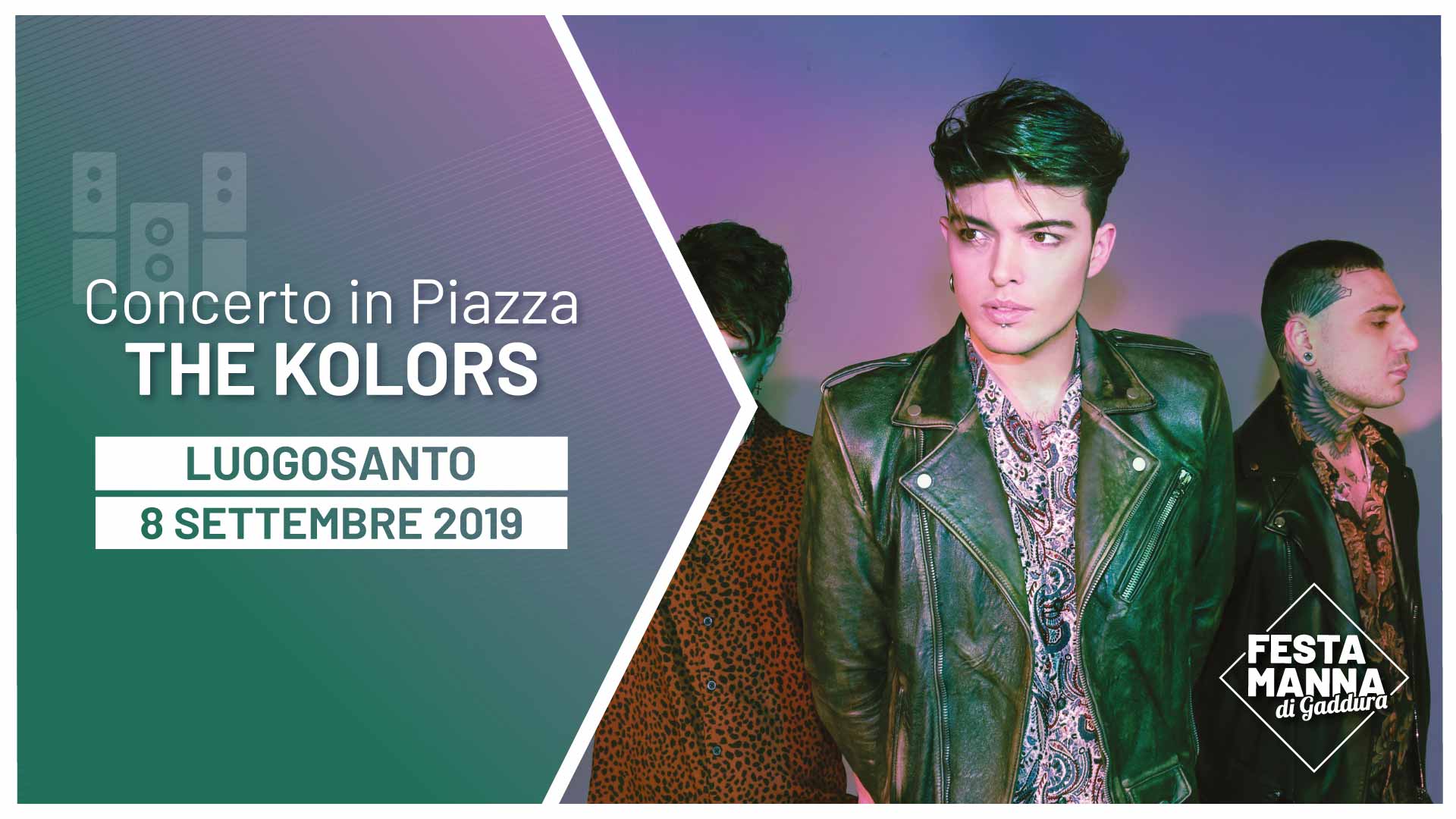 The Kolors in concert

On the evening of the 791th Fèsta Manna in Gaddura, the entire Gallura welcomes the Italian band The Kolors in the historic center of Luogosanto for the last concert of their Summer Tour 2019.

In 2015 The Kolors won the fourteenth talent show Amici di Maria De Filippi. While participating in the program, they released the single Everytime, which reached the top of the iTunes chart and won a Platinum Disc, while on the 19th of the same month they released, after the debut album I want you (2014), the second album, Out, which debuted at the top of the Italian album chart and was certified platinum four times in Italy for selling over 200,000 copies.

On June 14, 2015, the group performed on the stage of the Parco delle Cascine in Florence on the occasion of the 2015 MTV Awards, opening the evening with Everytime. In the same month they also took part in the third edition of the Summer Festival with the song Realize in duet with Elisa and with the song Everytime, winner of the first and fourth episodes. On September 14th the third single from Out was released, Why Don't You Love Me?

On April 15, 2017, the group announced through the social network the release of the single What Happened Last Night, which took place six days later and saw the participation of US rapper Gucci Mane and EDM duo Daddy's Groove. On April 23rd The Kolors announced the third studio album, You. The album debuted at the fourth position of the FIMI Albums Ranking and was also promoted by the singles Crazy and Don't Understand.

In 2018 the trio took part in the sixty-eighth Sanremo Festival with Frida (never, never, never), marking their first career track totally in Italian. On 6 July of the same year they published the single Come le onde, in collaboration with J-Ax.

On June 23, 2019 begins their highly anticipated Summer Tour, which will take them, September 8th on the stage of Piazza Incoronazione to Luogosanto.

From 20.00 to 24.00 the Municipality of Luogosanto offers all people with mobility difficulties a free transport service from the parking lots to the concert and return area.