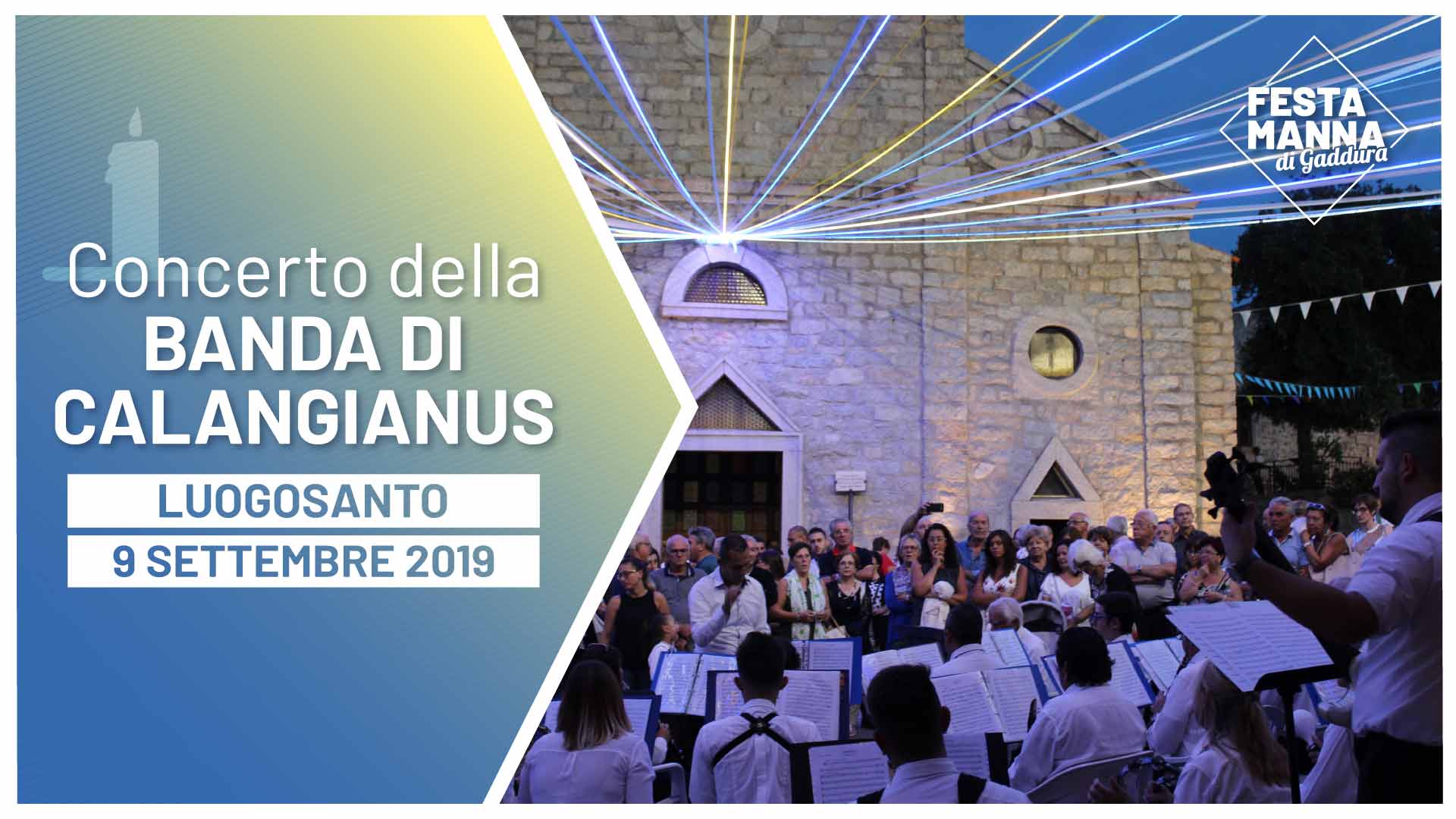 Concert in the square of the Calangianus musical band.

After the sung mass, in the square of the basilica, the "Michele Columbano" musical band of Calangianus will hold a great concert of contemporary Italian music.

The Calangianus musical band, founded in 1883 and named in the early 1980s by the late maestro Michele Columbano, who directed it for forty years, is one of the most long-lived, important and appreciated band ensembles of Sardinia. It has about forty items and has numerous national and international concerts, rallies and festivals to its credit. Every year it takes an average of about seventy religious and civil events.

Given the success of the past few years, the concert at dusk in Piazza della Basilica will be repeated this year too, with a surprise lineup that includes famous pop songs, with a special tribute to a great Italian singer-songwriter recently disappeared.

The concert is wanted and organized by the Committee "Festa Manna Fidali 1975" with the sponsorship of the Municipality of Luogosanto. For further information contact the Committee on Facebook @reginadigallura or at the number 3461399368.