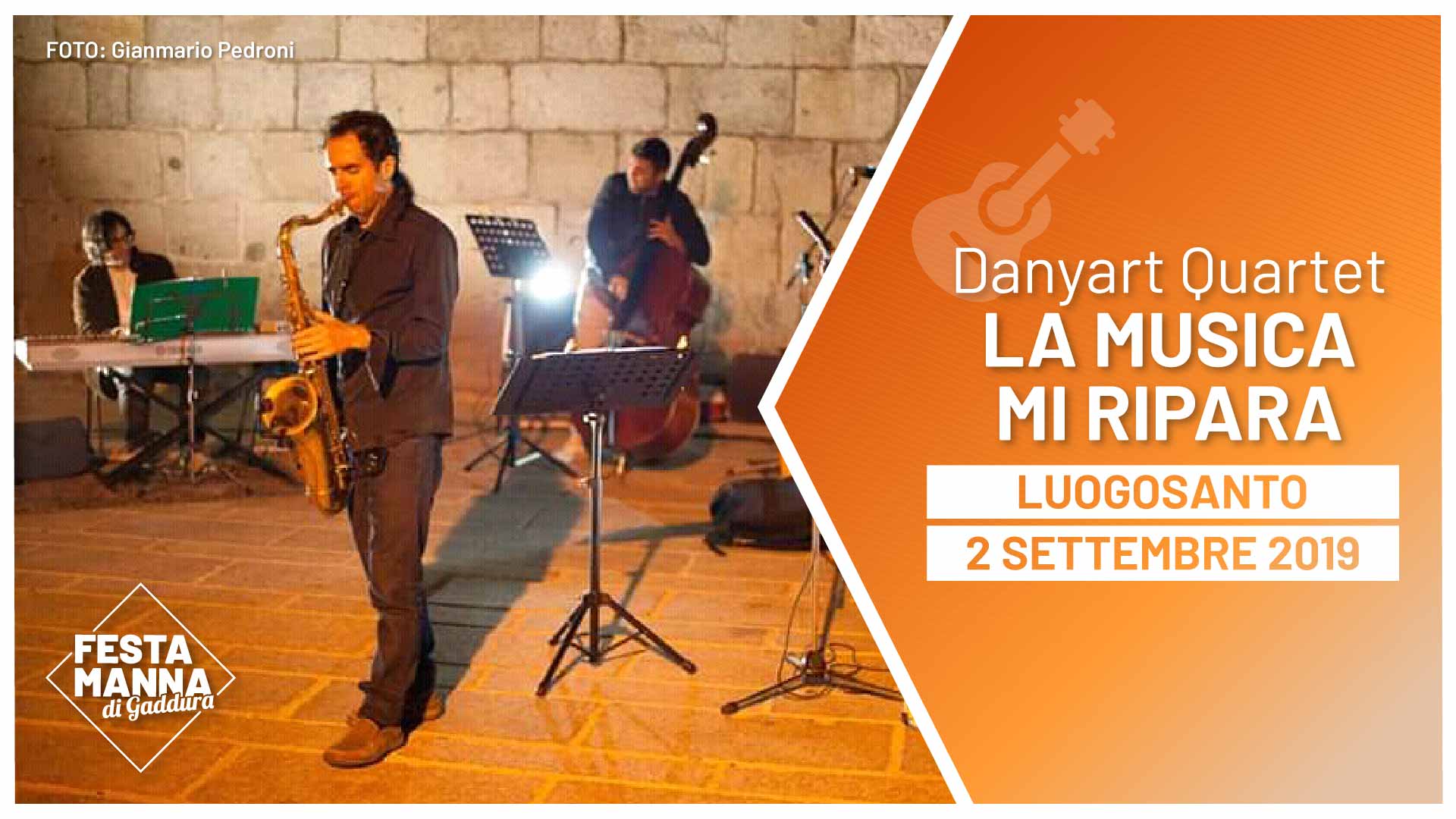 Within the archaeological area of ​​the medieval palace of Baldu, in the suggestive rural square of the church of Santo Stefano, the Danyart Quartet will perform the music of the Sardinian jazz musician Daniele Ricciu alias “Danyart” from the album La musica mi Ripara.

The Danyart Quartet is the ensemble designed by Daniele “Danyart” Ricciu for the live performances of the songs from his debut album entitled La musica mi ripara. The group is composed by Daniele Ricciu on the tenor sax, Simone Sassu on the piano and keyboards, Daniele Pistis on the double bass, and Antonio Argiolas on the drums (which alternates with the Sassari drummer Sergio Manca).

In addition to the 9 tracks on the disc and some upcoming tracks, the quartet's repertoire includes some of the greatest landmarks of Danyart, John Coltrane and Wayne Shorter.

In just over a year of activity, the Danyart Quartet has performed several times in various places in Sardinia such as Sassari, Tempio Pausania, Calangianus and Santa Teresa Gallura (at the jazz festival Musica sulle Bocche, directed by Enzo Favata).

Daniele Ricciu, aka Danyart, born in 1979, took his first steps in the world of music at the age of eight with the study of clarinet, but he found his most mature expression in tenor sax and jazz music. Since 2002 he has participated in various seminars, courses and competitions such as Nuoro Jazz, the Birdland School of Sassari, the "Chicco Bettinardi" Competition in Piacenza, the "Massimo Urbani" Award in Camerino, the "Enzo Randisi" Competition in Palermo.

The concert is wanted and organized by the Municipal Tourist Office and the Municipal Library, and is financed by the Municipality of Luogosanto and the Department of Tourism of the Autonomous Region of Sardinia. Free admission. Booking not necessary. 90 seats. Access from the SP 14 Luogosanto-Arzachena. For further information: [email protected], Facebook: @LuogosantoTouristOffice, +39.079.60.18.959