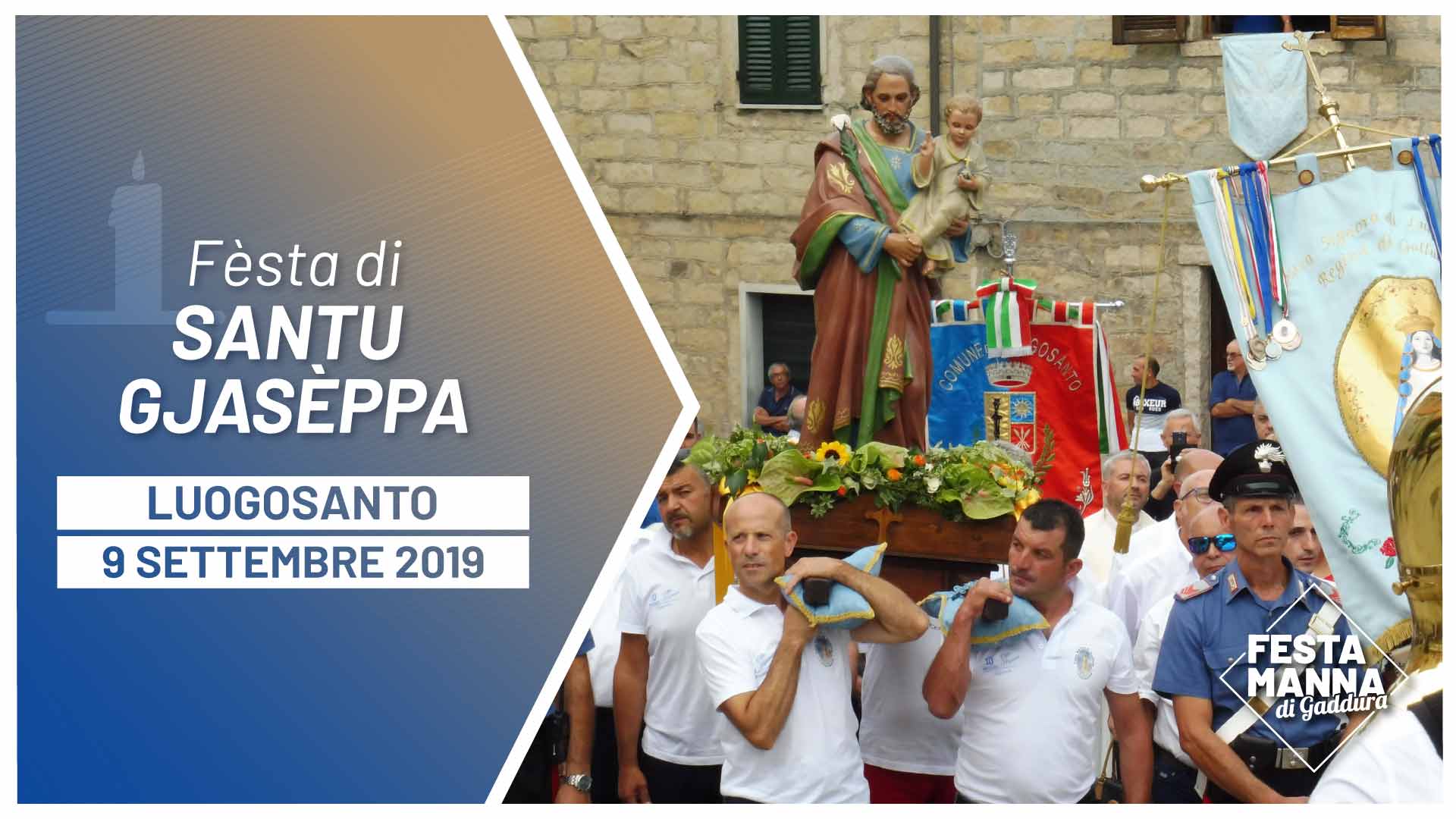 The day after the Fèsta of Nòstra Signóra di Locusantu traditionally takes place a participated religious and popular procession through the streets of the village in honor of San Giuseppe, which is followed by the Holy Mass sung, this year, by the traditional Choir “Matteo Peru "of Aggius together with the Chorus of the Parish of Luogosanto.

5.00 pm, Piazza della Basilica: procession in honor of St. Joseph, husband of the Blessed Virgin Mary, with an exposition of the statue of the saint, through Via Giuseppe Garibaldi and Via Vittorio Emanuele II, with return to the Basilica; the knights in costume, the folk group "Civitas Mariana", the musical band "Michele Columbano" by Calangianus, the civil authorities and the people of the faithful participate in the procession.

18.00, Basilica of N. S. of Locusantu: Holy Mass presided by the Canon Parish priest Don Efisio Coni, sung by the parish choir "Nòstra Signóra di Locusantu" and by the traditional choir "Matteo Peru" of Aggius. The peculiarity of the tàsgia aggese choir is the presence of a fifth voice, the acute, called falzittu, which is added to the four classical voices of the traditional Sardinian choirs: lu gròssu (or bassu), la còntra, la bózi and lu tippi.