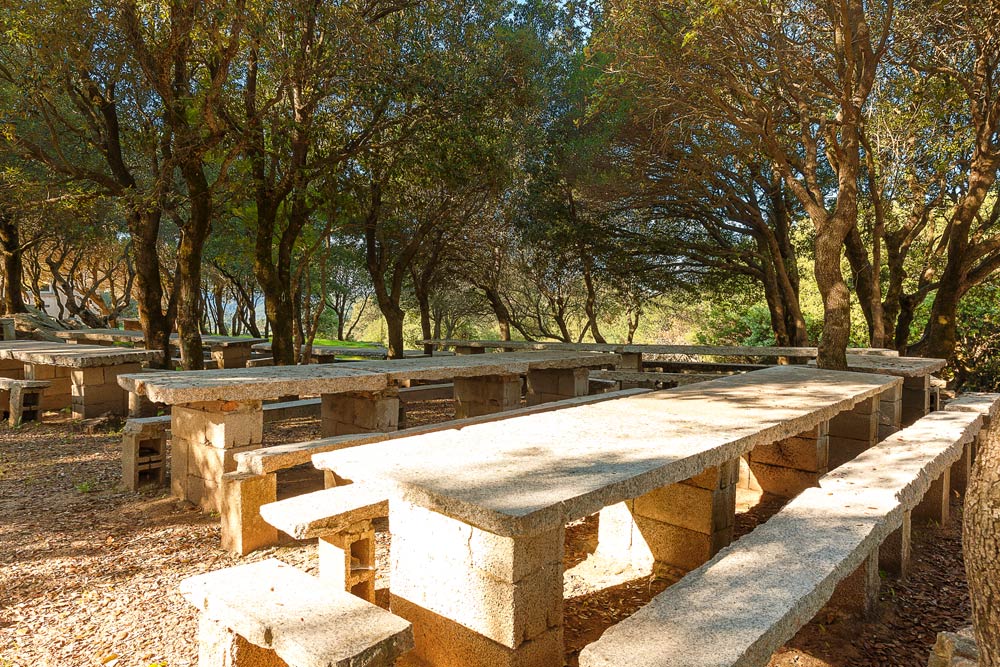 There are numerous events such as festivals and cultural events organised in the towns of Aglientu, Luras, and Luogosanto. If you want to spend a unique day in Sardinia then there are opportunities to learn about our local flavours, traditions and handicrafts that breathe life into the community. In our towns we have patron festivities to celebrate the patron saints of the villages, whom many of our churches were named after. During the patron festivities the statues of the saints are carried in procession through the streets often accompanied by folk groups, bands, knights or oxen-pulled carts. For our communities this provides an opportunity for prayer, celebrations and meetings. We have mentioned some of the most important occasions so that you will have a reason to come and discover our history, religion and traditional cuisine.

In Luogosanto each year in mid-August the Festival of the Boar and Li Chjusoni of Minanna (grandmother’s dumplings) is celebrated with the opportunity to taste Sardinian gnocchi with sauce and wild boar meat stew.

The Manna di Gaddhura Festival, celebrated around the 8th September, Nativity of Mary, is one of the most ancient traditions on the island: for more than 700 years it has been celebrated with the procession of the statue before the bishop of the Diocese, knights and folk groups. This is followed by children's games and concerts.

August is celebrated with the Festival of San Quirino in the church located on the outskirts of Luogosanto. Participants are served, as per tradition, pasta with sauce and boiled meat.

In early June during "Domos Abbeltas", the small town of Luras opens its doors, offering more than 60 wineries, courtyards and historic homes offering traditional dishes including soup, ravioli, grilled meat, nebiolo (red wine grapes from Piedmont), honey, seadas and much more. During the two days you will also see handicrafts characteristic to the region, including knives, artwork, wood carvings and pottery. More information on the event's official website: www.domosabbeltas.it.

Luras will also put on several festivals including Festival of Soup with traditional Gallura plates of bread, cheese and stock (July), the Festival of Seadas with beloved sweet cheese and honey (August) and the Beer Festival (between August and September).

The tradition of religious festivals is also alive in Luras. On 2nd August by the ancient olive trees near Lake Liscia there is the Festival of Santu Baltolu Nicola (Saint Bartholomew) of Carana with mass and dinner hosted by the organising committee. In the same church San Nicola (Saint Nicholas) is celebrated in May (whose statue comes from the church with the same name, which was submerged during the construction of the Liscia dam and resurfaces during dry periods), and San Guiliano in September.

The patron festival of Luras takes place in early October and is dedicated to Our Lady of the Rosary, Our Lady of Good Way and San Francesco (Saint Francis) of Assisi.

Each year Aglientu hosts the Aglientu Summer Blues Festival, the only such event in northern Sardinia: during three warm evenings in mid-August you can listen to live Italian artists of international fame that play a mix of both traditional and innovative new music, alternating between the public ampitheatre and the old town, attracting a large and growing audience each year. Info: www.aglientusummerfestival.it.

Another important event for Aglientu is the Festival of Tourists that has taken place in August since 1972, welcoming tourists on holiday with local dishes, concerts and inviting them to participate in traditional masks or folk groups. This event celebrates the hospitality of our region.

Also during the year there are other holidays. These include San Paolo of Lu Laldu in the church of San Pancrazio taking place in late January, where a lunch of meat and lard is offered.

In the beginning of February, there is the festival of San Biagio in the local village church and that of San Pancrazio, usually in mid-May. The patron festival of San Franciscu of Aglientu takes place in early October.

For several years during the springtime in various municipalities in Gallura, an event, "Stazzi and Cussogghji", has taken place in memory of the agropastoral traditions and culture of Gallura and to develop/improve this vast and little-known territory. It is also an opportunity to recover the agricultural, pastoral and manufacturing traditions in the community. Even this is a perfect occasion to evoke the crafts of the older generations by following the traditional oxen roads with live tastings, dances, concerts or commemorations of important moments of social life, such as engagements (l'Abbrazzu), the request to the parents of the beloved girl (the Pricunta), the marriage (the Coiu), the threshing (l'Agliola). Website: www.primaveraingallura.it.

See all the festivals and holidays